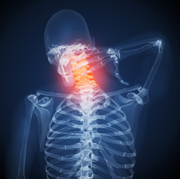 Red Sox center fielder and lead off hitter, Johnny Damon, like many professional athletes, is a regular chiropractic patient. Following his 2003 collision with teamate Damien Jackson, Damon suffered a Grade 2 concussion and neck injuries which left him with periodic migraine headache symptoms. He finds relief from this pain with regular chiropractic adjustments.

Damon was quoted in the October 6, 2004 Boston Globe as saying, “Physically I’m all right, I just have that headache thing working again. I can tell when it’s coming on because it comes up through my neck. I had migraines every day the first months of last off season. I felt them coming so I went and got adjusted, and I was good for a good month, but then they started coming back. Over the course of the season I have to get my neck adjusted every now and then. ” Later that Friday evening, during the third game of the playoffs, it was announced on international television that Johnny Damon had seen his chiropractor and his migraines were gone.

Over 11 million Americans suffer headaches. Research shows that spinal manipulation – the primary form of care provided by doctors of chiropractic – may be an effective treatment option for tension headaches and headaches that originate in the neck.

A report released in 2001 by researchers at the Duke University Evidence-Based Practice Center in Durham, NC, found that spinal manipulation resulted in almost immediate improvement for those headaches that originate in the neck, and had significantly fewer side effects and longer-lasting relief of tension-type headache than a commonly prescribed medication.

Also, a 1995 study in the Journal of Manipulative and Physiological Therapeutics found that spinal manipulative therapy is an effective treatment for tension headaches and that those who ceased chiropractic treatment after four weeks experienced a sustained therapeutic benefit in contrast with those patients who received a commonly prescribed medication.